VLSI in Electronics – What is It? 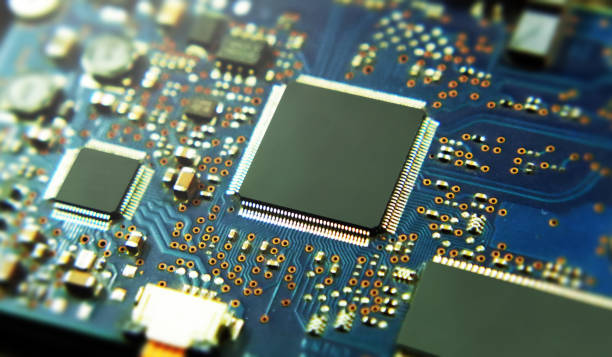 VLSI stands for Very-large-scale integration. VLSI is an IC, and this technology is used as a single chip working in a large device or many devices at a time. The modern VLSI system is an essential part of the 5G protocol stack testing training.

VLSI originated in 1970, and integration systems came into the market along with SSI or Small Scale Integration and LSI or Large Scale Integration. This integration system consists of several transistors or gates, and the number of transistors varies according to the ICs. Over time there has been a massive development in the technology system, and the case is the same with VLSI. The VLSI system varies according to industry. The analogue part of a VLSI consists of different features and characteristics than a digital part of VLSI or a memory part of the VLSI.

The VLSI in electronics consists of microprocessors and memory chips. Before the VLSI technology came into the market, most ICs could perform only a limited kind of perforations. VLSI can improve a device by assembling the CPU. ROM, RAM, and glue logic into a single chip.

The modern era of technological advancement offers a high resolution and low-bit rate video with cellular communications to provide modern application and power to the user. In the coming days, the system is expected to offer several more functions due to the advancement and modern implications of the VLSI system.

The user can convert the RTL system by using the logic synthesis tools and restores the system to a netlist at the gate level. A gate-level netlist describes the circuit system according to the gates and their inter-connections. The interconnections in the circuit system are based on timing, power, and their specific area functioning.

The last process in the design is to make a physical layout. After verification, the layout is processed for fabrication.

Difficulties in the VLSI system

Variation process: With the advent of photolithography techniques in the fundamental optical laws, the functioning of the VLSI system is becoming challenging to get accuracy. The variation in the application is leading to errors in doling concentrations and etched wires.

Stricter rules in designing: The VLSI system is becoming more stringent for using lithography and design rule checking for the layout. Keeping this fact in mind, designers may use electronic design automation or EDA tools to automate their VLSI design process.

Closure in Timing or Designing: Clock frequency is a major difficulty in the VLSI system. The distribution and maintaining the low clock skew across the entire chip is getting complicated as VLSI consists of a high-frequency clocks system. Hence, designers apply multicore and multiprocessor systems to overcome the system’s challenges.

Several other difficulties in the VLSI system include electromigration and first-pass success. However, the VLSI system is a high-performance system to ensure the highest efficiency in the device.

Hello , I am college Student and part time blogger . I think blogging and social media is good away to take Knowledge